Great news from the Guardian for Elche and the Costa Blanca

The Guardian has just announced a list of its favourite tourist discoveries of 2019. At the top of its list it features the beautiful Costa Blanca town of Elche.

As lovers of Costa Blanca, however we were delighted to see Elche at the top of the list.Situated a short drive south east from Alicante and north west from Villamartin, Elche is definitely a hidden Mediterranean gem.

If you’re new to Costa Blanca or thinking of buying a property here you may not have heard of Elche. This southern Spanish City is worth a visit or two! 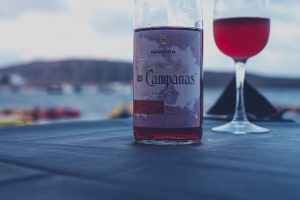 The Guardian makes much of the gastronomy of the area. It raves about a dish known as fideuà, “a dish similar to paella, made with pasta instead of rice”. It raves also about the quality of ice cream served in the Placa de la Glorieta. This is a beautiful area embedded at the centre of Elche.

When we are in Villamartin we have taken every chance we can =get to take the short drive to Elche to chill out in this cultural delight. Owners of property in Villamartin are lucky enough to take advantage of this nearby delight away from the hustle and bustle of the Costa Blanca hotspots