Spain - the healthiest place to live in the world

As agents specialising in helping people buy property in Villamartin and  in Torrevieja on the Costa Blanca, we were delighted with the results of Bloomberg’s latest review of the healthiest places to live in the world

The latest Bloomberg Healthiest Country Index has been published and Spain has declared to be the healthiest country in the world.

What data was analysed?

The research included comparative data from the overall health of over 160 countries around the world.

Data compiled included lifestyle issues of tobacco use and obesity. Environmental issues were also taken into account. These included sanitation and access to clean water.

These were then weighted and collated to allocate each country an overall health grade.

The findings index announced Spain as the healthiest country in the world.

Spain was followed by Italy in second and Iceland in third. The UK placed 19th on the list

In addition United Nations data confirms that Spain has the highest life expectancy in the EU!

Mediterranean diet, consisting of foods such as olive oil and fish, can have health benefits. 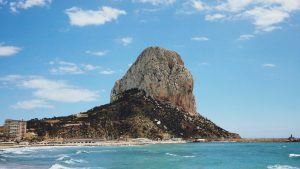 In addition a study produced by the University of Washington predicts Spain is expected to have the highest life expectancy of any state by 2040, with a predicted average lifespan of 85.8 years.